Although it may not be a widely, openly discussed topic, there are a large number of women who deal with abnormal menstrual bleeding each month. For any woman in this group, it is important to understand that this occurrence does not have to be life-threatening, but can be an indication of an underlying medical concern. It is essential to discover the source of the problem in order to resolve the bleeding issue.

A fibroid is a benign tumor that grows on the wall of the uterus. The tumor is made of excess muscle tissue, but what causes them to form is not fully known. A small fibroid may not cause much disturbance, but as it grows in size, it often causes heavy bleeding and intense cramps during the mensural cycle. For some women, the pain and pressure last well beyond their cycle. Medication can be used to reduce the size of the tumor, and if that does not work, surgical removal may be utilized.

Another uterus-based cause for abnormal bleeding is a medical condition known as endometriosis. With this condition, the inner uterus lining grows in excess to the point that spreads to the outside of the uterus. Since menstrual bleeding is the effect of the uterus lining shedding, the more lining there is to shed, the more blood will be produced. Like fibroids, this condition can also cause discomfort during and after the menstrual cycle and can be treated with medication.

Polycystic ovarian syndrome, commonly called PCOS, is a hormonal balance that leads to excess amounts of male hormones, including testosterone. Women with PCOS often have unregulated cycles, which means they could be unusually heavy or light, or their cycles could come without warning and could last for an extended period. Abnormal bodily hair growth, excess weight around the abdomen, and severe acne often accompany this condition. A change in lifestyles, such as a cleaner diet and more exercise, and medication can be used to treat this condition.

Taking contraceptives can cause abnormal bleeding, such as intrauterine devices or birth control pills. These medications aim to shift the body's hormonal balance. For some people, the effect is immediate, while for others the change is gradual. During this regulation period, it is not uncommon for a woman to experience irregular cycles as well as spotting. An OBGYN will determine if changing your contraceptives can treat this concern. 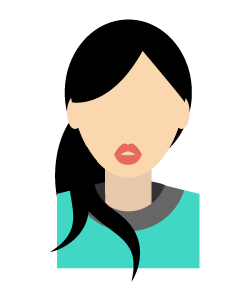 Do you remember the last time you met with your OBGYN? A few years ago I was really struggling with what to do with my personal life, and I found out that I was pregnant. My husband and I were excited, but I wasn't sure where to start. I began talking with my doctor each and every day about what I could do to make things right, and it was really fascinating to see how our little one developed, and before I knew it, things were really working out well for me. This website is here to help you to choose a great women's doctor.

Common Culprits of Abnormal Bleeding
14 July 2021
Although it may not be a widely, openly discussed topic, there are a large number of women who deal with abnormal menstrual bleeding each month. For a …

Getting Control Of Your Weight: 3 Things To Try
12 January 2021
Gaining weight is simple, but getting it off can be extremely difficult, or nearly impossible for some. Some people may be able to eat what they want …

Often-Overlooked Symptoms That Warrant A Visit To The Gynecologist
25 August 2020
Unfortunately, many women are in the habit of ignoring pain and discomfort. They either assume nothing is wrong, or they assume the problem will work …